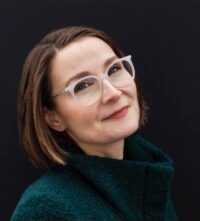 Eleanor Henderson grew up in Florida and has taught in the Department of Writing at Ithaca College since 2010. Her latest book is the memoir Everything I Have Is Yours: A Marriage, which was selected for the New York Times Group Text Book Club and named a New York Times Notable Book. She is also the author of the novels The Twelve-Mile Straight and Ten Thousand Saints, which was named one of the 10 Best Books of 2011 by The New York Times, was a finalist for the Award for First Fiction from The Los Angeles Times, and was adapted into a movie starring Ethan Hawke. With the novelist Anna Solomon she is also co-editor of Labor Day: True Birth Stories by Today’s Best Women Writers. She lives in Ithaca with her husband and two children.